Home Politics The Art of a Lame-Duck Immigration Deal 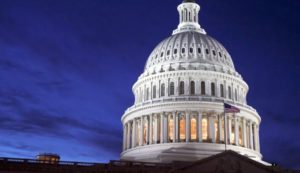 On the homepage, Robert VerBruggen reflects on the difficulty of finding a compromise on immigration and thinks that Republicans have probably missed the chance to pass a major piece of immigration legislation in the 115th Congress. There is good reason to be pessimistic about a breakthrough on immigration during the lame-duck session. After the midterms, Republicans have relatively little leverage. Many federal judges seem intent on propping up DACA. Though they ran away from immigration during the general election, many vulnerable Democratic senators have either secured reelection or been defeated, so they have little incentive to compromise. Democrats know they will control the House in a few weeks. Meanwhile, the Republican caucus itself is divided and has proven unable to make much headway on immigration.

The key number to getting an immigration bill through Congress in the lame duck is 60, the number of senators required to end a filibuster, and getting to 60 might require a compromise. One possible framework for a compromise would be a three-part strategy: a limited amnesty, improvements to enforcement, and giving Democrats some important non-immigration policy measure that they want. This Democratic policy gift would have to be something valuable to Democrats that would not unduly splinter the Republican coalition. Below, I tease out the idea of making a minimum-wage increase part of a deal on immigration (an idea Mickey Kaus has championed), but there are other options, too. Moreover, if it is designed the right way, the amnesty can also be a vehicle for forward-looking legal-immigration reform.

The amnesty: Using a visa-offsets framework, roll the diversity visa (50,000 visas/year) and visa for adult siblings of U.S. citizens (65,000 visas/year) into paying for amnesty visas for official DACA recipients. If about 700,000 individuals are enrolled in DACA, it would take about 6-7 years to pay for those amnesty visas. After this period, those visas could be redistributed to employment-visa programs or be used to pay for more amnesty visas. More visa categories could be temporarily transitioned to amnesty visas if policymakers want a more expansive DACA fix (for example, including both those eligible for DACA and those who actually received it).