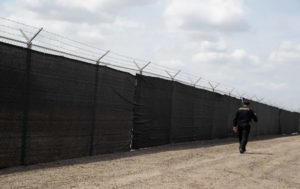 Silas Berkowitz happily worked for Microsoft for nearly five years as Support Lead for Outlook Mobile, training other Microsoft employees to assist customers. But as news began to spread, in the summer of 2018, of the thousands of cases of family separation, as well as the mounting deaths of migrants in ICE custody, Berkowitz was horrified to realize that the company he worked for was providing services directly to ICE.

Microsoft’s Azure cloud-computing software was “mission critical” for ICE’s operations, as Berkowitz explained to me, and the agency paid nearly Microsoft nearly $20 million for its use. The software, according to Microsoft’s Azure Global Corporate Vice President Tom Keane, would allow ICE officers to make “more informed decisions faster,” as well as “enabling them to process data on edge devices or utilize deep learning capabilities to accelerate facial recognition and identification.” That didn’t sit well with some Microsoft employees, including Berkowitz, and they started to express their dismay.

Microsoft CEO Satya Nadella, in trying to assuage his employees’ concerns, claimed that “Microsoft is not working with the US government on any projects related to separating children from their families at the border.” But to Berkowitz, the statement “abdicated responsibility,” and he became so “highly disturbed” with his company that he quit.

Microsoft, however, is not alone in corporate America when it comes to enabling ICE and Customs and Border Protection operations. In fact, corporations like Accenture, Boeing, Elbit, G4S, General Dynamics, IBM, L3 Technologies, Lockheed Martin, Northrop Grumman, Palantir (with software provided by Amazon), Raytheon, and UNISYS are among the hundreds of companies who are facilitating the migrant detention and deportation machine—and have been raking in, from 2006 to 2018, more than a combined $45 billion, dispersed among nearly 100,000 separate contracts with CBP and ICE. Besides being an enormous expenditure of taxpayer dollars, this sum also represents an unprecedented and ever-increasing reliance on for-profit companies in carrying out the government’s immigration crackdown.

By John Washington for THE NATION
Read Full Article HERE