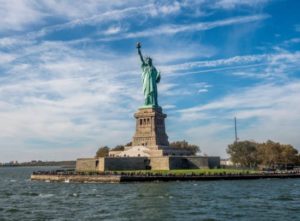 This month, the Trump White House unveiled a new policy it had aggressively pushed through the regulatory process that makes it much harder for low-income immigrants, especially those who had used public benefits, to come to or remain in the United States.

The proposal — known as the “public charge” rule, since it creates a complicated test to determine whether an immigrant is “likely to be a public charge” — has the potential to dramatically restrict who’s allowed to settle in the country. And many people who work with immigrants, including social service providers and local and state governments, are worried that it will scare them away from using benefits they and their families need to thrive.

“It’s sloppy drafting. They’re trying to get the regulation out sooner than is probably practical,” said Charles Wheeler, an immigration attorney at the Catholic Legal Immigration Network, Inc.

A spokeswoman for U.S. Citizenship and Immigration Services, the agency that developed and is implementing the rule, declined to comment because of pending litigation against the regulation. (Three lawsuits have been filed challenging the policy: one by a coalition of 13 states and filed in Washington state, one by San Francisco and Santa Clara County in California, and one by a coalition of nonprofit groups in California.) A White House spokesman did not respond to a request for comment.