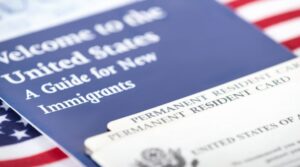 In the opening essay of the New York Times’s 1619 Project, Nicole Hannah-Jones highlights many of the contributions African Americans made to our country’s democracy. She rightly notes that, thanks to the Civil Rights Movement, we live today in a country that guarantees full rights to all of its citizens, regardless of the color of their skin.

The sacrifices of men and women like John Lewis, Andrew Young, Fannie Lou Hammer, and Pauli Murray ensured the passage of the Voting Rights Act and Civil Rights Act, legislation that gave the federal government the power to combat racial discrimination and unequal treatment under the law.

But she also posits this movement as the central force that liberalized America’s immigration laws; she uses this as an argument to imply that Asian Americans owe a special debt to African Americans, and suggests that there is something untoward about Asian Americans objecting to admissions systems that may discriminate against themselves:

But the laws born out of black resistance guarantee the franchise for all and ban discrimination based not just on race but on gender, nationality, religion and ability. It was the civil rights movement that led to the passage of the Immigration and Nationality Act of 1965, which upended the racist immigration quota system intended to keep this country white. Because of black Americans, black and brown immigrants from across the globe are able to come to the United States and live in a country in which legal discrimination is no longer allowed. It is a truly American irony that some Asian Americans, among the groups able to immigrate to the United States because of the black civil rights struggle, are now suing universities to end programs designed to help the descendants of the enslaved.

There is some truth to Hannah-Jones’s description of events.