Home Resources Texas has the most pending immigration cases in the country. Can technology help clear the backlog? 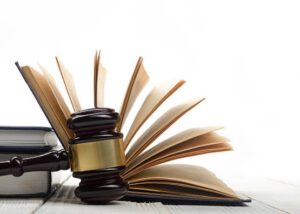 BRYAN, Texas (KBTX) – “You’re seeing an increased adoption of technologies across the immigration courts,” said Robert Dunikoski, deputy chief counsel for Immigration and Customs Enforcement in Dallas, U.S. Department of Homeland Security. “I think it is starting to lead to efficiencies.”

These efficiencies are much needed at this point, as there are nearly 1.2 million cases pending adjudication in immigration court. The numbers made headlines last year when they surpassed 1 million, but now, the issue largely sits in the background of public consciousness, lost behind flashier immigration stories.

Texas leads the country in pending immigration cases, with the average respondent in the state waits more than two years for their day in court.

Currently, only 14 percent of detainees have access to an attorney, and despite efforts, that rate of representation has not been increasing in recent years.

While Republicans and Democrats may not agree on what reform should look like, both sides of the aisle generally agree that reform needs to happen. Immigration court backlog might even be considered a bipartisan issue on that front, as it is jamming up American courtrooms and putting a strain on American resources.

On Tuesday, a group of attorneys joined a virtual roundtable for the Texas A&M University School of Law’s Changing Technology in Immigration Court: COVID-19 and Beyond webinar. They discussed how this technology can help—and occasionally hurt—cases in immigration court.

It used to be that hard copies of documents were needed in most immigration courts. Now, many of those papers are allowed to be emailed. Both DHS and immigration attorneys appear to be on board. “At DHS we love it,” said Dunikoski. “It’s fantastic. Right now at DHS, almost every piece of paper that comes into DHS gets digitized. So having it come in where it doesn’t have to be digitized because it’s already digital is fantastic.