Home Congress & Federal Laws Texas Has Bused Nearly 9,000 Migrants to NYC and DC as an Affront to Biden’s Immigration Policies 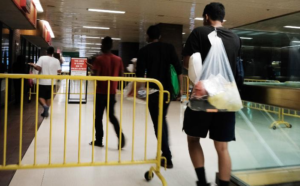 (CNN)Texas has bused nearly 9,000 asylum seekers to New York City and Washington, DC in recent months, as part of Gov. Greg Abbott’s effort to highlight his criticism of the Biden administration’s immigration policies.

“The busing mission is providing much-needed relief to our overwhelmed border communities,” the statement said. “Operation Lone Star continues to fill the dangerous gaps left by the Biden Administration’s refusal to secure the border.”

A fierce critic of the Biden administration’s immigration policies, Abbott began sending hundreds of willing migrants on buses to DC earlier this year as an affront to the administration. Abbott’s office has said that “to board a bus or flight, a migrant must volunteer to be transported and show documentation from DHS.”

New York City has received record numbers of migrants this week and more buses are expected, a spokesperson for the mayor’s Office of Immigration told CNN on Saturday.

Mayor Eric Adams and other city officials have previously accused Abbott’s administration of forcing asylum seekers onto buses bound for New York City and not coordinating with city officials on the transfer of people. Earlier this month, city officials said intake centers were already overwhelmed with more than 4,000 people since a surge that began in May.

“It’s unimaginable. Come to a country and your first visit here, someone is throwing you out, as the Governor of Texas is doing, then trying to navigate this complex country to deliver your services,” Adams said at an unrelated press event earlier this month.

Department of Homeland Security Secretary Alejandro Mayorkas told CNN on Thursday that Abbott’s efforts to bus migrants to DC and New York is throwing the federal system for processing migrants “out of whack” and criticized the governor for not coordinating with federal authorities.