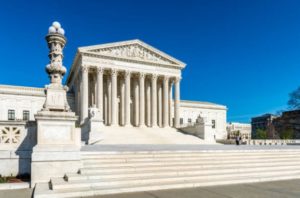 A 42-page brief by Texas Attorney General Ken Paxton claims the president’s plan to protect millions of immigrants bypasses constitutional authority and established federal laws. A coalition of 26 states, led by Texas, argues that the Obama administration also failed to provide them the notice and opportunity for comment that should have been required before such a major policy change.

At issue is the Obama administration’s Deferred Action for Parents of Americans program, announced in November 2014 that calls for shielding from deportation and giving work permits to as many as 5 million immigrants, most of whom are the parents of U.S. citizens and lawful permanent residents.

The states argue in the brief that the “lawful presence” granted to immigrants under the program has significant cost repercussions for them, including increased “healthcare, law-enforcement, and education expenditures.”

Under DAPA immigrants would be eligible to apply for driver’s licenses, Social Security, Earned Income Tax Credit, unemployment insurance, Medicare and other benefits. The states claim that as “one of the largest changes in immigration policy in our Nation’s history,” the plan required notice and comment from stakeholders, including the states, that did not occur.

“The president alone does not have the authority to grant millions of illegal immigrants a host of benefits — like Social Security and Medicare — which should be reserved for lawful citizens,” Paxton said in a statement.

The court’s current timeframe could allow arguments to be held in April and a decision to be issued two months later.

If the justices rule for the administration, Obama would have roughly seven months in office to implement his plan.