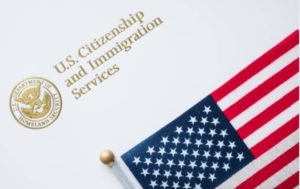 Because of the trying times we live in, I will cut to the chase: Thousands of immigration filings from people already in the United States will be due in the coming weeks and months. U.S. Citizenship and Immigration Services (USCIS) has the power to extend those deadlines with a simple website notice, a stroke of the digital pen. Doing so could save thousands of lives, potentially, and reduce the risk of people falling ill from the novel coronavirus.

The agency should act right now.

I served as director of USCIS from 2014 to 2017. One of my most important duties was ensuring the safety and well-being of the many immigration officers I had deployed throughout the world. As terrorist incidents happened in places like Istanbul and Baghdad, I remember solemn calls where each component of the Department of Homeland Security asked whether its people were safe and “accounted for.” Each time we were able to breathe a sigh of relief. Once we knew our immigration officers were safe, we then had to assess: “Were they going to continue to be safe where they were staying? Did they need to be relocated? Did they need to be called back to the U.S.?”

Today the threat is right here inside our borders. It moves quietly, and at the rate things are going it will become far more deadly. It is covid-19, and its fatal blows can strike not just the elderly and medically vulnerable but, as studies are starting to show, just about anybody.

USCIS has the power with just a quickly drafted notice to save people simply by extending for the duration of the pandemic any deadlines that will affect foreign nationals currently in the United States. This would include granting automatic extensions for those whose status will expire during the national emergency, and for a reasonable period thereafter; excusing the late filing of change-of-status requests; and granting “deferred action” status for those whose status will be expiring but who otherwise have no legal avenue for extension.