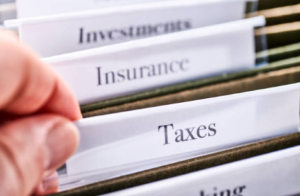 Fueled by lax laws, promises of sanctuary, and a growing threat to shut down the U.S.-Mexico border, the illegal immigrant population in the United States has surged nearly 2 million to 14.3 million, according to a new calculation from a key immigration policy group.

Citing several reasons for the growth over the past two years, the Federation for American Immigration Reform said the total could jump to 21 million in just six years without reforms to stop illegal immigration and improve legal entry.

“These new numbers suggest that we have entered a new phase of the ongoing phenomenon of illegal immigration,” said Dan Stein, president of FAIR.

“In the past, Mexico dominated the flow of illegal immigration and most of the illegal migrants apprehended at our borders were promptly repatriated. Now, as a result of easily exploited policies, and intense partisan bickering in Washington that prevents even the most common sense reforms to those abused policies, migrants from just about everywhere on Earth are crossing the border and staying put,” he added.

In addition to the illegal population increasing, FAIR found that the costs to taxpayers have exploded.

The group, which annually tabulates the fiscal price for illegal immigration, put a price of $130 billion on the crisis this year. Costs for federal, state, and local governments range from security, to free healthcare, and education of undocumented immigrants.

And if its 2025 calculation of 21 million illegals were to come true, FAIR predicted a cost of $200 billion.

FAIR did not address the recent drop in illegal immigration arrests at the border — still at 64,000 last month — but said crossings will continue without tougher policies from the Trump administration, which is stepping up efforts to build a border wall and close asylum and refugee loopholes.

Pro-immigration groups are certain to challenge FAIR’s numbers. The group is one of several immigration policy reform think tanks dubbed a “hate group” by the Southern Poverty Law Center. FAIR has 2 million members and has dismissed the SPLC label.