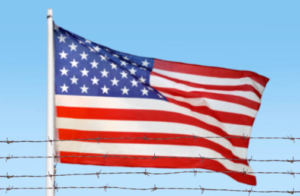 The decision, which allows the new constraints to go into effect while the legal challenges against them make their way through the court process, has made the (often undeserved) image of the U.S. as a leader in the resettling of asylum seekers and refugees utterly impossible to maintain.

The decision means that any people who transit through Mexico en route to claiming asylum in the U.S. will be immediately deportable if they didn’t first try to claim asylum in Mexico only to be rejected.

In court challenges in California and elsewhere, the ACLU and other opponents of the changes had argued the restrictions were a wholesale immigration policy change, dressed up as simply a regulatory tweak. They argued the changes clearly violated the Refugee Act of 1980, which allows people who arrive on U.S. soil to claim asylum and to argue they have a “credible fear” that harm will befall them if they are returned to their home countries. The 1980 Act was, in part, intended to prevent the U.S. falling afoul of international law and of the United Nations convention by expelling people back into harm’s way. They also argued that, in the way it implemented the new rules, the administration had run afoul of the Administrative Procedures Act.

The Supreme Court didn’t rule on the merits of these arguments. Instead, the court’s conservative majority simply decided to give the administration leeway to start implementing the new rules immediately while they were still being challenged in the courts. It was all-too-reminiscent of another decision, from earlier in the summer, when the court, in a 5-4 decision, allowed construction on the border wall to begin, using funds seized by Trump under his national emergency declaration, while the legal challenges were still underway.