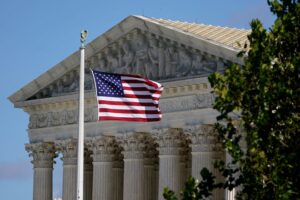 WASHINGTON – The Supreme Court ruled Thursday against an immigrant who has lived in the country illegally for 25 years and who asserted he wrongfully faced deportation for a relatively minor crime of using a false Social Security card.

Associate Justice Neil Gorsuch wrote the 5-3 opinion and was joined by four of the court’s conservatives. The high court found that the immigrant, Clemente Pereida, did not meet the burden required to show he should have been allowed to present his case to avoid deportation.

Although Pereida’s journey through the U.S. legal system began before President Donald Trump’s administration, the case is one of several to come before the court at a time when federal immigration policies are likely to change under President Joe Biden.

The court announced last month it would take up a case about a Trump regulation allowing federal officials to deny green cards and visas to immigrants if they believe the recipients will receive public benefits like food stamps, Medicaid or housing vouchers. Another case, argued last month, addresses what happens when a migrant requesting asylum doesn’t convince an immigration judge of his or her case but that judge also doesn’t make a specific finding questioning their credibility.

But in this case, Pereida arrived in the USA from Mexico in 1995 and faced deportation in 2009. He sought to cancel his removal but was denied review by an immigration judge because of a misdemeanor charge of attempted criminal impersonation, for which he paid a $100 fine.