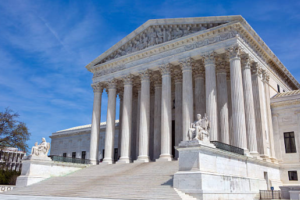 That’s the menu so far for the Supreme Court’s new term, which Monday begins an extended run through much of the 2020 election season. Before the justices adjourn next June, their influence will be felt by tens of millions of Americans, including President Trump and Congress.

Democrats’ demands for documents and testimony pertaining to the president’s personal and business finances already were working their way through lower courts when Trump’s dealings with Ukraine turned the buzz in the nation’s capital to impeachment.

All of those skirmishes will produce battles over congressional subpoenas and administration claims of executive privilege that could reach the high court. And if the House follows through, Chief Justice John Roberts would preside over a Senate trial.

“It is likely the court will get involved in some way, where they can’t avoid doing something that’s going to be controversial,” says David Strauss, who heads the Supreme Court and appellate clinic at the University of Chicago Law School.

It’s been only a year since Associate Justice Brett Kavanaugh’s razor-thin Senate confirmation, a triumph for conservatives that was overshadowed by decades-old allegations of sexual misconduct that he denied. Now that Kavanaugh and fellow Trump nominee Neil Gorsuch have settled in, those conservatives want to see results from a court rebuilt in Trump’s image, with a 5-4 conservative majority.

Did it help last term? Not so much: The bloc of liberal justices prevailed in as many divided cases as their conservative counterparts. Just as often, the voting patterns were mixed. Gorsuch, the Coloradan confirmed in 2017 to a seat President Barack Obama was blocked from filling, displayed an unpredictable libertarian streak. Kavanaugh sought a low profile by sticking with the majority more than others. Roberts switched sides with regularity.