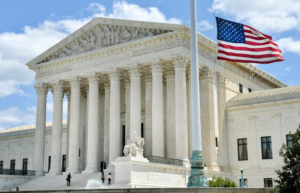 The US Supreme Court has dismissed an attempt made by Republican-led states to take over the legal defense of a hardline US immigration policy introduced by former US President, Donald Trump, which prohibited permanent residency for immigrants deemed likely to need US government benefits.

An unsigned, one-sentence ruling dismissed an appeal made by 13 Republican state attorney generals, led by Mark Brnovich – attorney general for Arizona, who sought to defend the public charge rule after the Biden administration refused to do so and went on to rescind it.

The rule implemented by Trump widened the scope of immigrants deemed likely to become a public charge and mostly dependent on government assistance. State attorney generals had hoped that the lower courts would throw out rulings that had sided with those who had challenged the rule, including several Democratic-led states.

New public charge rule
In February this year, a new public charge rule was proposed by the Biden administration, which officials described as ‘more fair and humane’. The new rule would avoid penalizing people for seeking medical attention and other services.

Over the last 20 years, US government guidelines have stated that immigrants likely to become primarily dependent on direct cash assistance or long-term institutionalization – in a care home for example – at public expense would be denied US permanent residency, otherwise known as a green card.

Trump expanded policy
The public charge policy was expanded by Trump to include any person deemed likely to receive wider, non-cash benefits such as the Medicaid healthcare program, housing, food assistance and more, beyond a period of 12 months over any 36-month period.