Home Politics Summit of the Americas: US Aims Private Funds at Migration 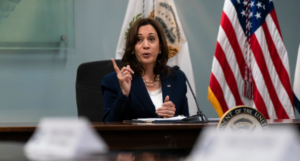 United States Vice President Kamala Harris has announced the latest effort to stem migration from Central America – $1.9bn in private-sector funding to boost job opportunities – hours before the first meetings of the US-hosted Summit of the Americas were set to get under way.

The funding announced on Tuesday from 10 companies adds to $1.2bn Harris had secured last year from the private sector in her role as the lead in the administration of President Joe Biden in addressing the root causes of migration from Central America.

As point person on the politically fraught issue, Harris is set to take an outsized role at the Summit of the Americas, which is being held in Los Angeles this week in her home state of California, as part of a wider US push to foster what officials call a more cooperative approach with Latin American countries.

However, progress is likely to be threatened by the announced boycott by Mexican President Andres Manuel Lopez Obrador over the exclusion of Cuba, Nicaragua, and Venezuela, which the US left off the summit’s guest list, citing human rights abuses and a lack of democracy.

Beyond Mexico, none of the leaders of the so-called Northern Triangle, a region of high poverty that includes El Salvador, Guatemala and Honduras, were set to attend the gathering, with leader-level meetings scheduled to begin on Wednesday.

In a statement, Harris’s office said the new commitments will help to create tens of thousands of jobs in El Salvador, Guatemala, and Honduras. The vice president also unveiled efforts to combat gender-based violence, as well as plans to support youth through the so-called “Central American Service Corps” which will be funded through US aid.

The investments aim “to provide hope for people in the region to build safe and prosperous lives at home”, a White House statement said.