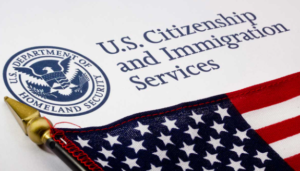 Lawmakers seeking to ease green card access for immigrants with advanced science and technology degrees are poised to lose a key legislative pathway as the Senate prepares to advance a slim chip manufacturing bill instead of a sweeping US competitiveness package.

House and Senate negotiators had been trying to hammer out differences in competition bills each chamber passed. The House version (H.R. 4521) included a provision to give noncitizens with advanced science, technology, engineering, and math degrees a quicker path to a green card in the US.

But negotiations on the broad legislation stalled amid partisan battles, and Senate leaders this week circulated a smaller draft bill focused on the cornerstone of the competition package: domestic semiconductor production. That leaves other measures, including the STEM immigration proposal, lacking a clear path to becoming law.

An effort to attach a similar STEM provision to the House’s annual defense policy bill failed last week, and supporters acknowledged they had few remaining options.

Advocates, including national security professionals from both Democratic and Republican administrations, say the US needs the measure to recruit and retain global talent in defense, aerospace, and other critical industries.

Without a green card, workers in the US on temporary visas are tied to the company that sponsored their visa and can’t easily change employers to fill in-demand jobs. Daunting wait times can also lead high-skilled workers to leave the US for countries with more competitive immigration policies, advocates warn.