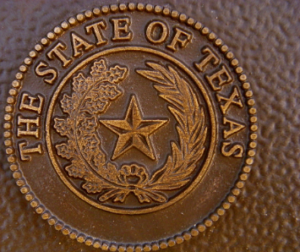 AUSTIN (Nexstar) — The battle over immigration policy shifted Tuesday from the Texas border to the U.S. Supreme Court. On Tuesday, the court heard oral arguments in a case challenging how the Biden administration is enforcing immigration laws, arguing that the administration is wrongly limiting who can be deported.

Texas’ argument stems from new guidelines issued by Homeland Security Secretary Alejandro Mayorkas in 2021, which recommends that states should prioritize deporting terrorists, other dangerous criminals and those who have recently crossed the border illegally, rather than attempt to deport all people in the country illegally. The guidelines came about in part because of limited manpower and resources.

Aaron Reichlin-Melnick, policy director at the American Immigration Council (AIC), says our immigration system is complicated and that that has effects on those who have already immigrated.

“The reality is, we live in a world of limited resources, ICE is never going to be able to arrest every undocumented immigrant in the country,” Reichlin-Melnick said.

The AIC has indicated support for the administration’s policy.

“So for undocumented immigrants who are already in the country who are keeping their heads down, and who are contributing, paying taxes and generally have a generally following other laws, that Myorkas enforcement priorities gave them some sense of security,” Reichlin-Melnick said. “But in a world in which there are no enforcement priorities, that means much more arbitrary enforcement, ICE agents can pick and choose who they want to go after with no rhyme or reason or guidance from Washington, DC. And that’s just not a good way to run the system.”