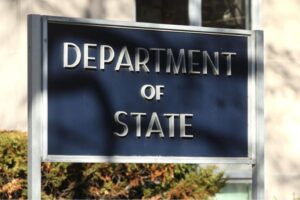 “President Biden has publicly decried Trump-era policies for the harm they have done to Diversity Visa selectees and ordered the Secretary of State to review agency actions that came from those policies and take corrective action,” said Aaron Hall of Joseph & Hall in an interview. “Instead of taking meaningful corrective action to get the Diversity Visa program back on course, the Department of State has defended its refusal to process Diversity Visa applications tooth and nail in court and only processed applicants at more than a trickle when forced by court order.”

“Congress established the Diversity Visa, and no administration has the authority to refuse to administer it in good faith. It’s long past time for the Department of State to stop defending the devastation of the Diversity Visa program in court and to get to work on expeditiously processing applicants whose hopes and dreams are on the line,” said Hall, who is among a team of attorneys litigating on behalf of FY 2021 Diversity Visa immigrants (in Goh v. U.S. Department of State) that includes Greg Siskind, Charles Kuck, Jeff Joseph, Curtis Morrison and Rafael Urena.