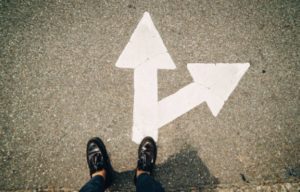 Last summer the acting director of USCIS re-wrote the Emma Lazarus’ poem etched into a plaque at the foot of the Statue of Liberty to say: …”Give me your tired and your poor who can stand on their own two feet.” He claimed that self-sufficiency was essential to the U.S. ethos. There are a lot of presumptions one has to make in order to require people to stand on their own two feet. At the very least they need to have feet and a place to stand. For some individuals and families migrating to the U.S., government support and gaining legal status in the U.S. are the very feet and place they need in order to be able to stand.

The history of this nation is based on people leaning on one another in order to build a future. The pilgrims leaned on the native Americans in order to survive. Homesteaders leaned on other homesteaders when expanding into the frontier. Immigrants lean on the welcoming U.S. government when entering into our borders. That is the true American ethos.

Immigrants aside, over one third of the U.S. population cannot per say “stand on their own two feet.” Despite the purported self-reliance ethos of American history, apparently, a third of the nation is not self-reliant. How can we expect those transitioning from another nation without resources to be more self-sufficient than our own people living here with resources? The current Administration’s message is clear. Even legal immigrants are not welcomed; certainly not if you are tired and poor. Should I add, “or brown-skinned?”
Correction; this administration does not want the rich immigrants either and is almost doubling the fees required for foreign investor EB-5 immigrant visas next month. Remember, the only clear immigration criteria this Administration believes in is Norwegian heritage.

In reality, many migrants around the world are suffering tragic situations. Unfortunately, our nation has been dethroned as the policy setter in beaconing to the world’s marginalized populations.

Right now immigrants to the U.S. need us to lend them our two feet. Apple CEO, Tim Cook is lending his. Apple employs 443 Dreamers and standing up for their interests in the U.S. Supreme Court. The multi-platinum selling performing artist Selena Gomez is also lending her feet, telling her family’s journey from undocumented to citizenship. As I write, I am lending mine.  You need to too. That is the true nature of the American ethos.