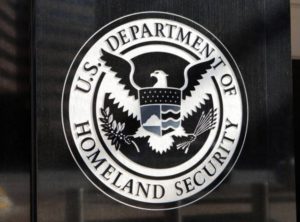 SOLANO COUNTY, CA — The Solano County Department of Health and Social Services will host four community forums this week to discuss proposed changes to “Public Charge” and how they might impact residents, including many under-resourced working immigrant families, county officials said Monday.

In some cases, the proposal may lead families to unnecessarily forego critical services that they are eligible for so as not to risk their chances of becoming lawful permanent residents, officials said.

The community forums will give residents an opportunity to ask questions, connect with local specialists and voice their opinion before the public comment period ends on Dec. 10.

The following information was sent in a county news release:

Public Charge is a term used in immigration law to describe someone who is likely to become dependent on the government for subsistence. A Public Charge test is a means test used to assess a person applying for a visa to enter the United States or for lawful permanent residency (green card). The Public Charge test does not apply to some categories of immigrants, such as refugees, persons granted asylum and certified trafficking victims. There is no Public Charge test when individuals apply for citizenship.

On Oct. 10, 2018, the Department of Homeland Security (DHS) published proposed changes to the public charge rules in the Federal Register. The proposed rule changes expand the types of benefits that may be considered for “public charge” to include non-cash benefits including health coverage, food, and housing assistance. The proposed rule change could impact many under-resourced working immigrant families. In some cases, the proposal may lead families to unnecessarily forego critical services that they are eligible for so as not to risk their chances of becoming lawful permanent residents.