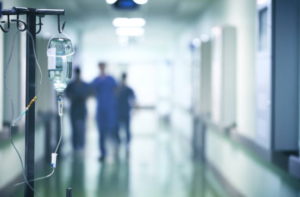 LOS ANGELES — Maria Isabel Bueso was 7 years old when she came to the United States from Guatemala at the invitation of doctors who were conducting a clinical trial for the treatment of her rare, disfiguring genetic disease. The trial was short on participants, and thanks to her enrollment, it eventually led the Food and Drug Administration to approve a medication for the condition that has increased survival by more than a decade.

Now 24, Ms. Bueso, who had been told she likely would not live past adolescence, has participated in several medical studies. She has won awards for her advocacy on behalf of people with rare diseases, appearing before lawmakers in Washington and in Sacramento. Over the years, her parents have paid for the treatment that keeps her alive with private medical insurance.

But last week, Ms. Bueso received a letter from the United States government that told her she would face deportation if she did not leave the country within 33 days, an order described by her doctor, lawyer and mother as tantamount to a “death sentence.”

Without any public announcement, the United States Citizenship and Immigration Services eliminated a “deferred action” program this month that had allowed immigrants like Ms. Bueso to avoid deportation while they or their relatives were undergoing lifesaving medical treatment. The agency said that it received 1,000 deferred-action applications related to medical issues each year.

The policy change is the latest in a series of moves by the Trump administration to revoke or modify procedures that have allowed certain immigrants to remain in the United States on humanitarian grounds. In addition to those with serious medical conditions, they included crime victims who have helped law enforcement with investigations and caretakers of sick children or relatives.

“I have been feeling super scared and overwhelmed,” said Ms. Bueso, whose lower body is paralyzed from the disease, an enzyme disorder that inhibits cells from processing sugars. “The treatment that I receive keeps me alive.”