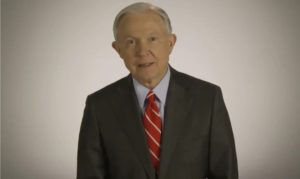 The plan has four pillars which Sessions claims provide the right framework for Congress to fix the American immigration system in a responsible way that protects American workers and interests first. Sessions says that this is especially crucial now, with unemployment at over 13 percent.

Sessions said that President Trump should be praised for following Sessions’ recommendation to extend and expand the immigration proclamation to limit guest workers until the American unemployment numbers return to normal, so now we need to reduce the number of foreign workers for the long-term, to protect Americans first.

Sessions said that Tommy Tuberville disagrees with this policy and has repeatedly said “we need workers,” he’s suggested that we should bring in 400,000 more Indian tech workers, and his only limitation is that he wants unlimited numbers of foreign workers to come here “the right way.”