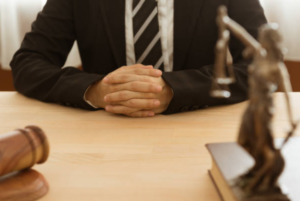 Regardless of whether it’s his agency’s core jurisdiction.

Sessions and the Justice Department have taken a lead role in announcing and defending the administration’s immigration efforts on a number of fronts — including some that only tangentially involve the department.

It was the Justice Department press office that put out a “fact check” statement Tuesday responding to Oregon Democratic Sen. Jeff Merkley’s publicized border trip to visit detention facilities run by components of the Departments of Homeland Security and of Health and Human Services, and it was Sessions who went in front of cameras the day the DHS announced the policy that would result in more families separated at the border.

Even going back to September, it was Sessions who announced on camera the end of the Deferred Action for Childhood Arrivals policy, which was rescinded by the DHS citing legal guidance from the Justice Department. Sessions has made immigration and border security at least a passing reference in most speeches he’s given and has made multiple trips to the border to highlight the issue.

His investment in the issue doesn’t mean other agencies aren’t involved, nor that his shouldn’t be. Homeland Security Secretary Kirstjen Nielsen has vocally defended the policies in front of Congress and in public appearances. At the time of the DACA decision, the DHS was led by an acting secretary, Elaine Duke, who was not a mouthpiece for the administration’s immigration policies. And Sessions has certainly explored every way his agency could be a player in immigration policy.

But in numerous instances, Sessions has been associated with policies his department would otherwise not have a large role in — and the Justice Department seems to relish taking it on.