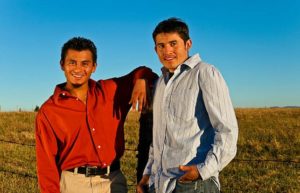 A young Guatemalan slept on a bridge for at least three days and nights while attempting to seek asylum. His wife and children had been separated after crossing that bridge just weeks earlier. This is the story of a family that faced seemingly every possible hurdle under Trump’s immigration crackdown.

MATAMOROS — The young man in a grey t-shirt and faded jeans stood suspended above the muddy Rio Grande on the Gateway International Bridge — an official port of entry that connects Mexico to the United States.

It was June 19. He had little more than an old backpack to his name, but he also had the hope of a new life free from persecution and the promise of a family waiting for him across the river. If only he were allowed to take a few crucial steps forward.

The 22-year-old, Marcos Samayoa, traveled here from the town of Mazatenango in southwest Guatemala. And his family’s story has been touched by virtually every facet of President Donald Trump’s hardline immigration policy.

Samayoa’s wife and four children, including a then-5-month-old baby, were separated after crossing the same bridge just a few weeks earlier. All were facing more stringent guidelines for seeking asylum in the United States. And Samayoa had already spent two days and nights sleeping on an old piece of cardboard at the halfway point of the bridge, his way blocked by three armed Customs and Border Protection agents who simply told him to wait.

In Samayoa’s backpack were a few dog-eared pages stamped with the insignia of Guatemala’s national police. Two pages explained the threats that had long been facing his wife, Sandy. (The Texas Tribune is not publishing Sandy’s last name, which is different from her husband’s, or some details of those threats because of their sensitive nature). Another page explained more recent evidence of persecution against the couple, which they believed originated from members of the MS-13 gang in Guatemala.

Sometime in February, Sandy started getting anonymous phone calls: “If you don’t listen to me, there will be consequences. If you don’t pay attention to me, I’m going to go get your husband and your kids.” She turned off her phone, but then armed men began to show up at the house — first circling around in a black motorcycle, then banging on the door.

Eventually the family moved, took the kids out of school and decided to head north. Sandy and the kids went first; Marcos came later.

Samayoa planned to use that document to convince immigration officials he deserved asylum in the United States. However long he had to wait on the bridge, Samayoa said, it was better than returning home.