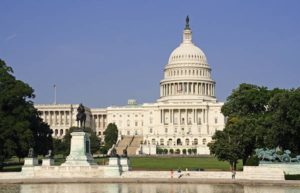 Washington (CNN)For veterans of immigration reform, it’s déja vu all over again. And it could spell another disappointment for lawmakers who have long sought a compromise on the issue.

In the wake of the government shutdown, which Democrats in the Senate agreed to end in exchange for a vague commitment to debate immigration on the Senate floor, reality is dawning that the House is taking a much different approach — and neither party in either chamber has figured out a plan to reconcile the differences.

It’s leaving lawmakers and staff feeling the echoes of 2013, when the Senate passed a bipartisan immigration bill that died when the House did not take up that bill or any other that would be similar. Vermont Sen. Pat Leahy, who called passing that Senate bill one of his “proudest moments,” said it died in the House because of an informal rule against bringing legislation without the support of a majority of the Republican conference, and it just might again for the same reason.

“Which must have given Speaker Hastert some pleasure, probably, sitting in his prison cell serving his sentence for (charges related to covering up allegations of) child molestation, to see they’re still following the sacred Dennis Hastert Rule,” Leahy said. “You’ve got to have members in both parties who are more interested in substance than soundbites.”

Hours after Senate Majority Leader Mitch McConnell announced on the floor Monday that he intended to hold an open debate on immigration in the Senate, even if no broad agreement is reached by the time government funding runs out, the House majority whip poured cold water on the notion that his chamber would follow suit.

Rep. Steve Scalise, a Louisiana Republican, told reporters Monday afternoon that McConnell’s pledge on the Senate floor to turn to immigration in February held little weight on the House side.