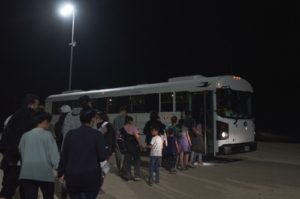 (CNSNews.com) – In a speech on the Senate floor Monday, Sen. Dick Durbin (D-Ill.) said the U.S. immigration system is “broken” and needs to be fixed, for the sake of the immigrants themselves as well as for the U.S. economy.

“We have seen over the past four years, under the previous president, a complete downturn in the immigrants coming into this country to work, and that’s why there are so many shortages in our current workforce. We can do better, and we should do better.”

Durbin also noted that the nation’s birthrate is not keeping up with the demand for labor.

“We are a nation desperate for workers, particularly young, able-bodied people…but we can’t put them (asylum-seekers) to work” he said. “Even though American employers should be willing to sponsor them, there are few viable legal immigration pathways to bring them to America, and as a result, the arduous journey to the Mexican-American border is the only option they have.

“I’ll be the first to agree with my colleagues on the other side in saying we need an orderly process at the border, and we do not have it today.

Earlier in his speech, the senator spoke about two Venezuelan men he met at a Chicago Salvation Army shelter. He said both risked their lives to cross the southwest border illegally, then were bussed to Chicago from Texas shortly after arrival.

Durbin bemoaned the fact that under federal law, those asylum seekers are not allowed to work for pay until their asylum request is approved.

“Durbin blamed political gridlock in Washington for the failure to pass “anything controversial.”

“They’re at least prohibited for the first six months from taking any kind of legal employment in the United States. How did that happen?” Durbin asked.