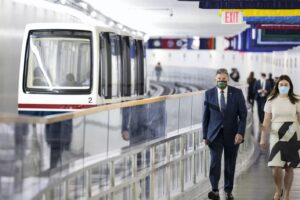 Sen. Joe Manchin (D-W.Va.) is open to reengaging on the climate and child care provisions in President Biden’s Build Back Better agenda if the White House removes the enhanced child tax credit from the $1.75 trillion package — or dramatically lowers the income caps for eligible families, people familiar with the matter tell Axios.

Why it matters: The holdback senator’s engagement on specifics indicates negotiations between him and the White House could get back on track, even after Manchin declared he was a “no” on the package on Dec. 19.

The big picture: Manchin and top White House aides traded recriminations after their negotiations fell apart — but President Biden and the senator subsequently spoke by phone late in the evening of Dec. 19.

Between the lines: One possible solution to the stalemate would be to remove the CTC from the Build Back Better legislation, which the Senate plans to pass with only Democratic votes.