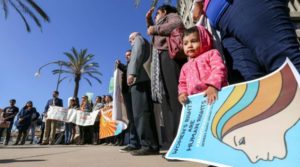 The program, which was started in 2017, allows Santa Ana residents facing potential deportation to secure an attorney. The residents who qualify for the program wouldn’t otherwise be able to afford legal counsel.

“We realized that many of our neighbors and residents are undocumented and facing deportation, and the vast majority of them don’t have the benefit of being able to retain an attorney,” said Councilman Vicente Sarmiento. “This allows them to have somebody there in their defense to ensure that due process is being followed and those folks have a right to explain the underlying reasons why they feel that they are right to stay in our community.”

On June 18, the City Council approved $100,000 for the fund, half of its budget for the prior year. During that meeting, the council also approved a controversial $9-million boost to the police department despite public uproar over the increase. A movement to defund police departments around the country has taken hold since the death of George Floyd involving Minneapolis Police Officer Derek Chauvin.

Sarmiento voted against that initial approval of the city’s budget. A second reading of the budget will be held on July 7, when the council could choose to allocate more money to the deportation fund.

Mayor Miguel Pulido, who voted in favor of the city budget, said he supports the deportation defense fund, but doesn’t know if he will vote to increase its funding next week due to the pandemic’s financial impact on the city.

“I want to talk to the city manager and get her picture of the overall budget,” Pulido said. “Because of the pandemic even things we commit to right now we may not be able to carry out. We don’t know what is going to happen yet.”