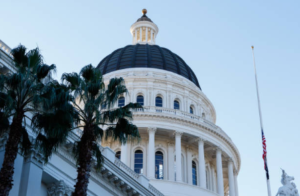 Sacramento County is out of the odious business of warehousing undocumented immigrants for profit.

By a 3-2 vote on Tuesday, the Board of Supervisors voted not to renew a five-year-old contract that the county had with the U.S Department of Homeland Security and Immigration and Customs Enforcement to detain immigrants in county facilities while they awaited deportation proceedings.

Supervisors Patrick Kennedy, Phil Serna and Don Nottoli cast the deciding votes and deserve credit for rejecting the recommendation of their staff members and for pushing back on Sacramento County Sheriff Scott Jones. His department was to make $6.6 million in fed money to act as a kind of landlord to immigrants rounded up by ICE agents.

“Our budgets must reflect our values,” Serna said. “I do not value jailing immigrants, some of whom have not committed any criminal violations.”

He’s right. These immigrants are normally not held for criminal violations. They are held for “administrative” procedures. The idea was to keep these prisoners locked up until such time that their cases were heard in immigration courts that are hopelessly backlogged.

That Sacramento had a deal with ICE at all was against the spirit of state law, which draws a clear line between what the feds do to enforce federal immigration laws, and what local law enforcement officials do to enforce state and local laws.

There are good reasons to keep the two mandates separate. In states such as Pennsylvania, local police and sheriffs act as virtual immigration cops in league with the feds. This has resulted in racial profiling of Latinos, whether they are undocumented or legal. It has resulted in massive incarceration of immigrants in detention facilities shrouded in secrecy and a lack of transparency.