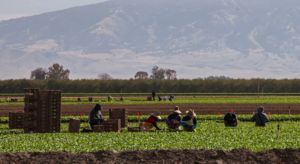 At the Iowa State Capitol during the legislative session in early March, shortly after Russia invaded Ukraine, I encountered a group of teenage girls from other countries on a State Department sponsored tour. I asked them where they were from, and when one girl said she was from Ukraine, I naively asked, “Is your family O.K.?” Her shoulders drooped, and she replied, irritated. “They are SAFE, but they are not O.K. No one in Ukraine is O.K.”

Over 6.6 million Ukrainians have fled their country, and here in Iowa, we can help them. We can help them just as Iowa Governor Robert Ray helped lead the nation in resettling refugees from Vietnam, Laos, and Cambodia after the Vietnam War. The present Governor Kim Reynolds and President Joe Biden agree on very few things, but they do agree we need to help resettle Ukrainians.

Ukrainians are already here in some numbers, with most of them coming over after the dissolution of the Soviet Union in the late 1980’s and early 1990’s. They are valued members of our communities. They operate small businesses, work in factories and farms, in real estate and construction, just like the rest of us. For years my barber was Ukrainian. A woman from Ukraine who has a shop on the square speaks with pride about her two sons currently serving in the U.S. Air Force.

My rural Iowa county, population about 33,000, and other rural counties across America, are positioned to do what we can to help not only Ukrainian refugees, but others. It’s a stain on America that while we are willing to help Ukrainian refugees, because they look like the majority of our population, but aren’t as welcoming to Syrian, African, and those coming from south of the border because they don’t.

We should help and welcome refugees because we can, but also, if you need a cold-hearted economic reason, because we need them. Iowa Workforce Development reports that in December of 2019, Iowa had 60,000 job openings, and 49,000 unemployed people.