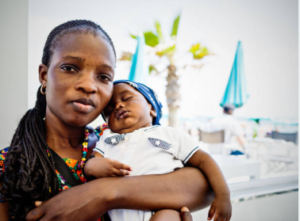 On the day she was set to see a U.S. immigration judge in San Diego last month, Katia took every precaution.

After waiting two months in Mexico to press her case for U.S. asylum, the 20-year-old student from Nicaragua arrived at the border near Tijuana three hours before the critical hearing was scheduled to start at 7:30 a.m.

But border agents didn’t even escort her into the U.S. port of entry until after 9 a.m., she said, and then she was left stranded there with a group of more than a dozen other migrants who also missed their hearings.

“We kept asking what was going on, but they wouldn’t tell us anything,” said Katia, who asked to be identified by her first name only for fear of jeopardizing her immigration case.

Bashir Ghazialam, a lawyer paid for by Katia’s aunt in the United States, convinced the judge to reschedule her case because of the transportation snafu. Later, staff at the lawyer’s office learned that at least two families in the group were ordered deported for not showing up to court.

Since it started in January, the rollout of one of the most dramatic changes to U.S. immigration policy under the Trump administration has been marked by unpredictability and created chaos in immigration courts, according to dozens of interviews with judges and attorneys, former federal officials and migrants.

The program – known as the “Migrant Protection Protocols” (MPP) – has forced tens of thousands of people to wait in Mexico for U.S. court dates, swamping the dockets and leading to delays and confusion as judges and staff struggle to handle the influx of cases.

In June, a U.S. immigration official told a group of congressional staffers that the program had “broken the courts,” according to two participants and contemporaneous notes taken by one of them. The official said that the court in El Paso at that point was close to running out of space for paper files, according to the attendees, who requested anonymity because the meeting was confidential.