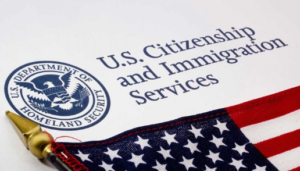 City council members in Roeland Park reluctantly voted to amend an ordinance to avoid a potential lawsuit during their regular meeting this week.

The Protecting Public Safety and Community Resources Act originally said that Roeland Park’s agencies, employees and officers do not typically conduct the work of federal immigration enforcement, with limited exceptions.

However HB 2717, which passed the Kansas Legislature this year and will become state law July 1, prohibits any municipality from enacting ordinances that restrict local officials or officers from enforcing immigration law and nullifies any local ordinance that violates the new rule.

Now, the ordinance has been amended to comply with state law. If the ordinance continued to contradict state law, it could have subjected Roeland Park to lawsuits and extensive legal fees, City Attorney Steve Mauer said.

Mauer said that if they did not change the ordinance, it would allow the attorney general or Johnson County to bring litigation and excessive legal fees that would punish citizens.

“It is not an affirmation or agreement with the legislature or the governor, but out of necessity, frankly, to avoid the unnecessary legal expenses on our residents,” Mayor Mike Kelly said.

Councilwoman Jan Faidley said she was saddened by the actions of the state legislature and the governor’s reasoning that local governments cannot “fix” immigration policies.

“For the record, it was never our intent as a governing body to fix immigration law, but simply to make Roeland Park a safer and more equitable place to live, work and play,” Faidley said. “What is most disturbing for me with the passage of this bill is the lack of effort to learn about the communities that are impacted.”

She said that no one should be scared that a family member could be deported if they call the police when they are a victim of or witness a crime.