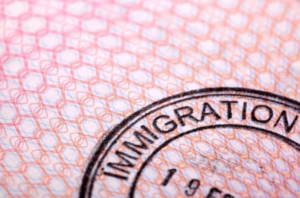 The Wall: The Trump’s administration’s primary symbol of anti-immigrant policy was to build a wall on the U.S.-Mexico border diverting funds from the Pentagon to address what the previous administration described as an “emergency.” Biden promised to not only stop building the wall but to also end the eminent domain cases taking private property from Americans in order to build the wall. Although construction on the wall has ceased, it has only ceased because the project is under “review” by the Biden administration. In addition, there are still 140 private domain cases pending that have not been halted during this “review” of the wall policy. Private Americans are still losing their land and Biden administration has failed to take decisive measures to end all aspects of this policy.

TPS: The Biden administration continues to support the previous administration’s position that the over 400,000 people that have been granted Temporary Protected Status in the U.S. due to disasters or turmoil occurring in their home country, should not be considered “admitted” into the U.S. for purposes of adjusting their status to that of permanent resident. Thus, instead of making a policy decision that could bridge the gap for almost half a million people living and working in the U.S. for decades, it allows the perpetuation of this social subclass. This matter is currently before the supreme Court.

There are an estimated 400 to 1000 immigration policy changes that Biden will have to redress in order to return us to pre-2016 immigration policy. On the table is everything from refugee reform and border control to visa grants. The Trump administration successfully gutted our immigration system. With the current state of affairs, a worldwide pandemic and unstable economy it’s difficult to say when immigrant people will be able to find solace. Congress just needs to get to work and pass new immigration legislation. Otherwise, we will just be temporarily filling-in immigration potholes instead of building a new road to comprehensive immigration reform.