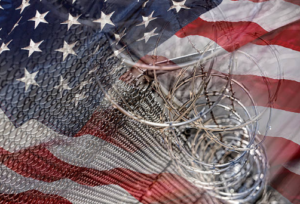 Republicans on Sunday called on Nancy Pelosi, the new Democratic speaker of the House, to negotiate a broad border security package after her decisive victory against Donald Trump in the shutdown stand-off.

Many Republican lawmakers insisted that they were optimistic a deal could be done on the border and immigration ahead of a February 15 deadline that would trigger another government shutdown.

“What the president wants is but a fraction of what [a bipartisan 2013 immigration bill] did on border security,” Marco Rubio, the Republican senator from Florida, told NBC’s Meet The Press.

“And if we can get something done that satisfies it, I am confident that the president is prepared to move forward on a bunch of other parts of immigration reform that people didn’t normally associate with him or his White House.”

Mr Trump was hammered by some conservatives over his decision to concede to Democrats and reopen the government on Friday, after repeatedly insisting that he would be willing to shut down the government indefinitely if Democrats did not agree to fund his border wall.

Hardline supporters, such as the radio host Ann Coulter, have described the president as weak, while Democrats were quick to claim victory.

For Ms Pelosi, the end to the shutdown marks a moment of vindication after she took an uncompromising stance in the negotiations. While Republican strategists had hoped the pain of the shutdown would push increasing numbers of Democrats to break ranks from the speaker, party lines largely held firm.

The White House has framed Mr Trump’s decision to reopen the government as proof that the president was willing to negotiate — something that administration officials said Ms Pelosi had been unwilling to do.

Republicans on Sunday were claiming that the president’s compromise held open the possibility of a broader deal.

Roy Blunt, the Republican senator from Missouri, said he was also
“reasonably optimistic” that Republicans, Democrats and the White House would be able to work together over the next 2½ weeks to find a solution and avoid another shutdown.