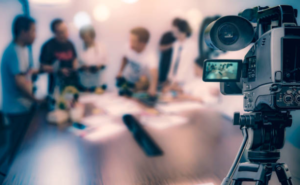 Define American is a nonprofit media and culture organization working to change the narrative about immigration in the United States. The organization was founded by Jose Antonio Vargas, a former Washington Post reporter who, seven years ago, revealed his status as an undocumented citizen in a New York Times Magazine essay. Its latest campaign is #SourcesMatter, launching Sept. 22, which pushes the news media to reconsider the ways they achieve balance in stories on immigration. The main message of the campaign: Choose your sources responsibly.

Ramos and his colleagues looked at the number of times the New York Times, the Washington Post, USA Today and the Los Angeles Times quoted the Federation for American Immigration Reform (FAIR), the Center for Immigration Studies (CIS) and NumbersUSA, three anti-immigrant organizations categorized as “hate groups” by the Southern Poverty Law Center (SPLC). Comparing these citations between the first six months of 2016 with the first six months of 2018, they saw a drastic jump – from 16 times to 102.

The Southern Poverty Law Center defines a hate group as “an organization that – based on its official statements or principles, the statements of its leaders, or its activities – has beliefs or practices that attack or malign an entire class of people, typically for their immutable characteristics.” The SPLC was founded in 1971 to protect civil rights through the law. As part of their efforts they monitor the activities of over 1,600 extremist groups across the country.

“We’ve seen a real shift in the quoting of these organizations, and in particular an embrace and uncritical use of a lot of terminology that was once considered the language of hate groups,” Ramos said.