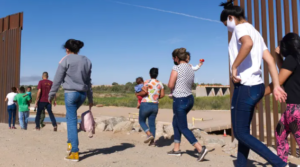 A new bill introduced by Rep. Kevin Hern, R-Okla., would tax person-to-person wire transfers out of the United States as a way to discourage illegal immigration and combat cartel activity at the border — a measure that has been called for by immigration hawks for years.

The WIRED (Withholding Illegal Revenue Entering Drug Markets) Act would charge a 5% fee on remittance payments leaving the United States, which are frequently used by foreign nationals from Mexico and Central America to send money back home to family members. The World Bank estimated that in 2021, approximately $74.5 billion left the U.S. in remittances.

U.S. citizens and legal immigrants would be able to claim any such fees back as a tax credit, meaning the tax would in theory be paid only by those in the country illegally. Efforts to evade the tax would be punishable by up to a $500,000 fine, and the legislation would remove foreign aid and visa waiver program participation from countries that helped people evade it.

The money would go to a Border Enforcement Trust Fund, which would be used to employ additional Border Patrol agents and Immigration and Customs Enforcement (ICE) staff, and would also fund construction of border barriers and detention facilities.

“The crisis at our border gets more serious every day, while Democrats sit on their hands and ignore it. Millions of Americans are in danger,” Hern said in a statement to Fox News Digital. “We need every tool in our arsenal to combat the cartels and regain control of our border.”

“This new remittance fee is a financial weapon we can use to target illicit activity funneling money from the US to the cartels while simultaneously supporting our agents down at the border. It’s a small step, but it brings us closer to securing the border and deterring illegal activity,” he said.