Home Court News Removal of DACA Recipients has Begun: It Didn’t take a Crystal Ball to see DACA Would Not End Well 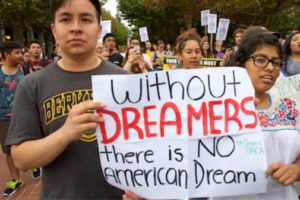 In June 2012, former President Barack Obama announced the creation of the Deferred Action for Childhood Arrivals (DACA) program, which provided temporary lawful status for a two-year period, subject to renewal, for certain undocumented immigrants who had come to the United States before reaching the age of 16.

This was supposed to be a compassionate act, but I foresaw unintended consequences if a person with strong immigration enforcement policies were to become the president before the passage of a bill to provide permanent resident status for the participants.

Donald Trump became the next president.

Trump announced that he was going to terminate the program but said that he would give Congress six months to pass legislation to make permanent resident status available to the participants before implementing the termination.

Trump also proposed a legalization program for 1.8 million DACA participants as part of a four-pillar Framework on Immigration Reform & Border Security, but the Democrats would not agree to the concessions he expected in return for the legalization program.

In January 2018, a U.S. district judge in California issued a provisional nationwide injunction blocking the Trump administration’s repeal of DACA on the ground that the repeal was based on the flawed legal premise that the Obama-era policy was illegal.

Trump filed a consolidated appeal of the three decisions with the Supreme Court.

At an oral argument before the Supreme Court in November 2019, the initial question was whether the government’s decision to end DACA is something that courts can review at all.

The second question was whether the Trump administration’s decision to end DACA violated the law.