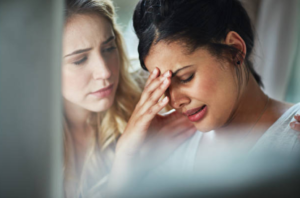 The immigration-related provisions of the Violence Against Women Act (VAWA) hold powerful potential to help us reimagine our understanding of diaspora, integration and discrimination.

Among the various purposes of VAWA is to make lawful immigration status a reality for those who have been victims of domestic abuse by spouses, parents or children who are U.S. citizens or lawful permanent residents. Beyond this, VAWA-based immigration cases help discredit the myth of the miscreant invader — not just because its immigration relief is premised on having been abused, but on having been abused by a U.S. citizen or lawful permanent resident.

VAWA cases are distinct from those involving survivors seeking asylum in the U.S. after domestic abuse committed abroad. Also, in contrast to VAWA cases are “U visa” cases, which can arise from certain instances of domestic abuse, but in which the immigration status of the perpetrator is irrelevant.

VAWA explicitly acknowledges the violence — physical and psychological — that U.S. citizens and lawful permanent residents commit against immigrants. VAWA places an emphasis on abuses in an intimate partner setting but carries an implicit recognition of the potential imbalance of power in mixed-status interactions.

With the incorporation of VAWA’s immigration provisions into the Immigration and Nationality Act (INA), these provisions became permanent and do not require congressional reauthorization — an affirmation of the unceasing urgency of these cases. Of course, one current travesty of VAWA is that its provisions outside of the INA are still awaiting reauthorization, with a bill held up in the Senate after April 2019 passage by the House.

VAWA’s immigration provisions are a conduit for broader conversations about the toxicity of violently wielded American power against non-Americans and about immigration-related reparations. As the Women of Color Network, Inc. points out within the context of domestic abuse, “the threat of deportation can be a powerful and intimidating control scheme.” Some abusers with lawful immigration status “make threats like ‘you will be deported,’ ‘the government will take the children,’ or ‘the children will be given to me.’”