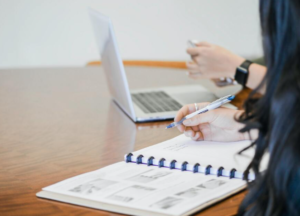 The federal government is facing a record number of lawsuits over processing delays for immigration applications.

More than 6,000 such lawsuits have already been filed this fiscal year. That’s about three times as many annual lawsuits as two years ago, according to data analysts at Syracuse University.

Last year, US Citizenship and Immigration Services received about 9 million applications — the highest number since 2017.

The increase isn’t why the agency is taking longer to process applications, however.

Wait times vary widely, depending on the type of application and the complexity of the case.

For U visas, granted to victims of crime, USCIS currently estimates a five-year wait to complete most cases.

“Before, I had never told anyone more than 12 months, and that was saying, that’s if your case really takes longer because you have a bigger file,” Alatorre said.

During the Trump administration, Alatorre said clients started receiving more requests for in-person interviews and more requests for evidence. Then came USCIS spending cuts, a hiring freeze and staff furloughs in 2020, all contributing to the current backlog.

“There was no focus. It was, ask them for more on everything. Under the Biden administration, I think that there’s been a concerted effort to dwindle it down to the specific issue,” Alatorre said.