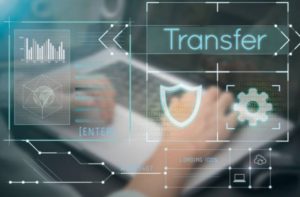 A left-leaning advocacy group on Tuesday launched a series of ads targeting moderate House Republicans and Speaker Paul Ryan (R-Wis.) for their role in the stagnated debate over “Dreamers.”

iAmerica Action announced it will spend $250,000 in 27 House districts, many of which have large Hispanic populations.

The campaign comes after a failure in the Senate to pass a legislative fix for the Deferred Action for Childhood Arrivals (DACA) program, which President Trump rescinded in September, urging Congress to pass legislation by the end of a six-month delay. That March 5 deadline is fast approaching.

The program allows immigrants who were brought here illegally as children to stay in the country without fear of deportation.

House leadership has pledged to whip a conservative bill introduced by Rep. Bob Goodlatte (R-Va.) but has largely ignored bipartisan measures supported by many of the representatives targeted by the ad, most notably a proposal introduced by Reps. Will Hurd (R-Texas) and Pete Aguilar (D-Calif.).

The targeted ad also comes as many moderate Republicans who’ve openly supported a path forward for Dreamers voted in favor of a wide-ranging budget deal that did not include immigration provisions.

Immigration activists are incensed at what they perceive as a bad-faith effort by Republicans in Congress and the White House to give the issue lip service without putting in the political capital necessary for a compromise.

“After the White House-Republican leadership collusion to sink the bipartisan Dreamer deal, it’s clear that our work is far from over,” said iAmerica Action President Rocio Sáenz.

The ads carry a variety of messages, including a plea to not “let the White House hold Dreamers hostage to attack legal immigration,” and a call for the “party of family values” to “not separate families.”