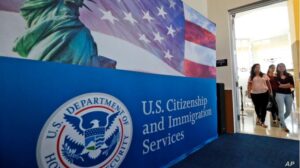 Emma is a 27-year-old Chinese national who is pregnant and living with her husband in New York. Emanuel, 23, lives in Virginia and is from Morocco. Peter, 31, moved from China in 2014. He resides in Houston, Texas.

Emma, Emanuel and Peter do not know each other, but they have one thing in common: Their international student immigration status is in jeopardy due to processing time delays in facilities overseen by the United States Citizenship and Immigration Services (USCIS).

At their request, VOA is only using pseudonyms.

These delays are affecting their ability to accept job offers because some employers are asking to see the receipt notice from their Optional Practical Training (OPT) application, which allows them to temporarily work in the country for up to a year in the field they studied.

The receipt notice is usually sent within weeks after initial intake at USCIS lockbox facilities. It is also the initial stage that takes place before any immigration petition can be reviewed and adjudicated by USCIS officers. Without it, the immigration agency is not able to find the applicant’s name or petition in their computerized record system.

“I’m just so stressed every day,” Emma told VOA. She graduated in 2020 with a master’s degree in engineering from New York University and sent her OPT application in October.

Ninety days before graduation, foreign students in the United States on F-1 visas can apply for the OPT.

“I felt relieved when I got a job offer. But because I don’t even have a receipt number, and my employer doesn’t really know what is going on, I just don’t know how long I’m able to hold the offer,” she said.

VOA interviewed more than 10 students in the same situation and had access to chat rooms where hundreds more described reports of receipt notice delays at a Dallas USCIS lockbox facility. Because of their pending cases with USCIS, students requested that they remain anonymous or use pseudonyms.