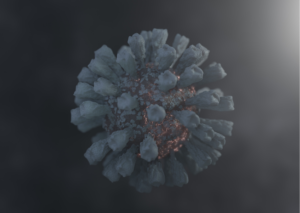 The number of green cards issued to immigrants already in the country who wanted to change their temporary status surged above pre-pandemic levels, according to new research from the Pew Research Center, which also found that the number of green cards issued to new arrivals increased but fell short of earlier totals of the pre pandemic period. Following a sharp decline during the coronavirus outbreak, the number of immigrants acquiring green cards as new, lawful U.S. permanent residents increased last year to prepandemic levels.

According to quarterly admissions data from the federal Office of Immigration Statistics, 282,000 persons acquired green cards in the last quarter of the fiscal year, which ran from July to September 2021. This figure exceeded the quarterly average for the period from October 2015 to March 2020 by a little margin and was higher than in any quarter since April–June 2017. In the middle of 2020, new green card issuances reached a quarterly low of 79,000 during the pandemic.

Around 19,000 green cards were awarded to new immigrants to the U.S. during the third quarter of the fiscal year, which was the pandemic’s low point for visa and legal permanent status issuances, as opposed to an average of about 134,000 each quarter for the period from October 2015 to March 2020. Approximately 105,000 green cards were granted to newly arrived immigrants in the U.S. during the final quarter of fiscal 2021, from June to September of that year, or about 78 percent of the quarterly average prior to the epidemic.

A record number of employment-based immigrant visas (green cards) will be made available in Fiscal Year 2022, the U.S. Department of State (DOS) just stated. There will likely be an excess of 150,000 green cards, which will result in a record-breaking 290,000
employment-based green cards becoming available.