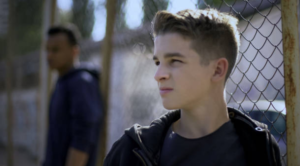 Amy Wax is in trouble again, this time for her comments on race and immigration. The Robert Mundheim Professor of Law at the University of Pennsylvania reportedly argued at a conference last week for “taking the position that our country will be better off with more whites and fewer nonwhites.”

More than 1,000 student groups and individuals affiliated with Penn have signed a petition calling for Wax to be relieved of all teaching duties. Wax’s dean, Ted Ruger, the Bernard G. Segal Professor of Law, on Tuesday condemned her remarks.

“At best, the reported remarks espouse a bigoted theory of white cultural and ethnic supremacy; at worst, they are racist,” Ruger said in a statement. “Under any framing, such views are repugnant to the core values and institutional practices of both Penn Law” and Penn.

The foundation hasn’t released a transcript of the event yet. But according to Vox, Wax called for a “cultural distance” approach to immigration, giving applicants preference based on their ethnonational background. (Some present at the conference have challenged Vox’s reporting. But writer Zack Beauchamp has said he double-checked his recording to make sure and provided his own partial transcript for context. Other journalists in attendance have since confirmed Beauchamp’s account.)

“Conservatives need a realistic approach to immigration that … preserves the United States as a Western and first-world nation,” Wax reportedly said during a panel. “We are better off if we are dominated numerically … by people from the first world, from the West, than by people who are from less advanced countries.”

These are “toxic topics that lie outside the Overton window in polite society — as evidenced by outraged reaction to [President] Trump’s profane and grating ‘why are we having all these people from shithole countries come here?’ That needs to be regarded as a serious question and not just a rhetorical one,” she also said.