Home Resources Pelosi is Optimistic About Agreement on Budget, Immigration 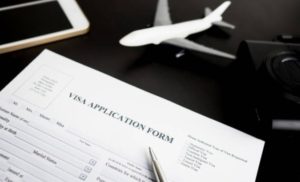 WASHINGTON – Top House Democrat Nancy Pelosi said Monday that she remains optimistic about potential agreements with Washington Republicans on the budget and immigration, though she is skeptical that an upcoming White House meeting on immigration will produce a breakthrough.

The California lawmaker told reporters in her Capitol office that “we just have to come together and we will” on a long-delayed budget pact to boost funding for both the Pentagon and domestic agencies, which face a severe budget crunch otherwise.

She also said that there’s room for compromise on immigration, including protections for young immigrants who were brought into the country illegally, border security and stricter rules sought by Republicans regarding preferential treatment for the relatives of legal immigrants who are seeking to join them in the U.S.

Pelosi spoke just 11 days before a government shutdown deadline and gave a surprisingly optimistic appraisal. Since a White House meeting last week, there has been no obvious progress, and the administration unveiled an $18 billion request for President Donald Trump’s long-promised border wall.

She was optimistic about efforts to protect younger immigrants known as “Dreamers,” who face deportation in the wake of Trump’s decision in September to cut off protections given by former President Barack Obama.

But Pelosi was wholly dismissive of the chances of progress at a White House meeting on Tuesday, saying it was more of a show than a real negotiation. “They’re not really inviting the people who have the most skin in the game, who know the issue. Surprising as it may seem to you, the more you know about the issue, the more you can compromise.”