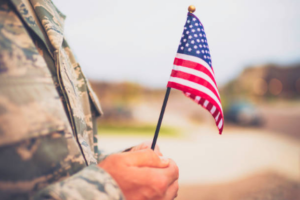 Given the prominence and volume of those voices expressing fear and dislike of immigrants—especially of the undocumented variety—it’s easy to forget that theirs is a minority opinion. A Gallup poll released earlier this year found 75 percent of Americans think immigration is “generally a good thing” for the country.

A new analysis of public views on the politically charged topic provides a nuanced look at public opinion on this topic—and comes to some fascinating conclusions. For one: More patriotic Americans also tend to be more pro-immigration.

Daniel K. Pryce of North Carolina Central University analyzed data from the 2014 General Social Survey to try to pin down which mindsets are linked to pro- and anti-immigrant sentiments. His paper, published in the Social Science Quarterly, is based on answers provided by 1,274 Americans who took the survey that year.

Attitudes toward immigration were measured by responses to two statements: “Immigrants are generally good for America’s economy” and “Immigrants make America more open to new ideas and cultures.” Participants responded using a scale of one (strongly agree) to five (strongly disagree).

Other questionnaires were designed to measure participants’ levels of patriotism, nationalism, and xenophobia—distinct concepts with definitions that sometimes get muddied in the public discourse. “Patriotism,” Pryce writes, is “a state of mind that makes a citizen proud of his or her country.”

In contrast, nationalism “may be understood as elevating America above all other nations.” And xenophobia consists of hostility toward people seen as outsiders or foreigners, who are seen as threatening the health of the culture and/or the economy.

Patriotism was measured by asking participants how proud they were of America “in the way its democracy works,” “in the way its social security system works,” and “in its fair and equal treatment of all groups in society.” They responded to each on a scale of one (very proud) to four (not proud at all).