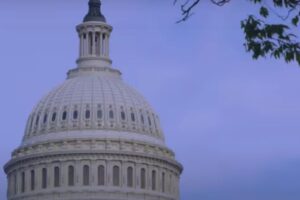 Senator Joe Manchin told reporters Tuesday morning that Build Back Better talks have stalled once again in the Senate.

Despite reports that negotiations on the Build Back Better Act, President Biden’s signature legislation containing immigration provisions, could be back on track, Senator Joe Manchin told reporters Tuesday morning that BBB talks have stalled once again in the Senate.

The House passed Build Back Better on November 19, and Manchin announced on December 19 that he would not support the bill in its current form, largely due to his opposition to the Child Tax Credit.

However, on December 16 the Senate parliamentarian decided that immigration advocates’ “Plan C” — parole-in-place and work authorization for undocumented people who’ve been in the U.S. continuously since 2011 — cannot be included in the Build Back Better Act, which Democrats are trying to pass through the budget reconciliation process.

Separate immigration proposals passed in the House bill, such as a green card recapture provisions or provisions allowing an applicant to pay a supplemental fee to expedite their case, have not been presented to the parliamentarian yet, so it is possible those proposals could survive.

Some Democratic lawmakers and immigration advocates have called for the parliamentarian to be ignored or replaced, but several Senators have indicated they are against this option. Lawmakers have not announced a “Plan D,” so, at this time, immigration reform is stalled in the Senate.