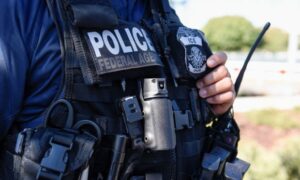 US Immigration and Customs Enforcement (Ice) deported at least 72 people to Haiti on Monday, including a two-month-old baby and 21 other children, in an apparent flagrant breach of the Biden administration’s orders only to remove suspected terrorists and potentially dangerous convicted felons.

The children were deported to Haiti on Monday on two flights chartered by Ice from Laredo, Texas to the Haitian capital Port-au-Prince. The removals sent vulnerable infants back to Haiti as it is being roiled by major political unrest.

Ice is facing a rising chorus of denunciation as a “rogue agency” for its apparent refusal to abide by the new guidelines laid down by Biden and his homeland security secretary, Alejandro Mayorkas. The incoming administration ordered a 100-day moratorium on all deportations, which was temporarily blocked by a judge in Texas.

However, the judge’s restraining order left in place the new guidelines stipulating that only the most serious immigration cases should be subject to deportation.

Last Friday, the administration appeared to gain the upper hand in its attempt to rein in Ice when deportation flights to Haiti were suspended. But on Monday the immigration agency reasserted itself again with the renewed flights to Port-au-Prince, children, and infants on board.

Human rights activists are dismayed by the deportations, which bear a close resemblance to the hardline course set by Donald Trump. “It is unconscionable for us as a country to continue with the same draconian, cruel policies that were pursued by the Trump administration,” said Guerline Jozef, executive director of the immigration support group the Haitian Bridge Alliance.

She added: “I don’t know what’s going on between Ice and the Biden administration, but we know what needs to be done: the deportations must stop.”

By Ed Pilkington for THE GUARDIAN
Read Full Article HERE