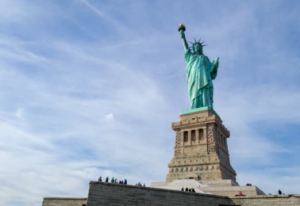 Kevin McCarthy says if voters give Republicans control of the U.S. House of Representatives, his party will solve the immigration issue once and for all.

Don’t count on it. The House minority leader is offering the same political pandering many in his party have been offering for years.

“We’ve watched what’s happened to our border,” McCarthy said in rolling out his plan, “the millions of people who are just walking across, people on the terrorist watch list. But now we’re watching it create every community to be a border community.”

Though McCarthy’s “Commitment to America” calls for securing the Southern border, it offers only vague policy solutions and nothing in the way of actual reform.

The plan resurrects a promise from former President Donald J. Trump, insisting that building a wall on the U.S.-Mexico border will dramatically reduce illegal immigration. The plan does not mention that illegal immigration actually rose by 14% during the Trump administration or that Republicans have been blocking comprehensive immigration reform legislation for decades.

In other words, we’ll be in for more of the same. Lots of fiery rhetoric. No real action.

Angela Kelley, a former senior counselor at the Department of Homeland Security, summed up the challenge facing Democrats in a recent interview with NBC News.

“I think the administration is sometimes unsure how to articulate an answer to a complex problem when it is juxtaposed against a bumper sticker or a callous trick,” she said.

There is hope for compromise.

Republican Sen. John Cornyn has been promoting a bill he introduced with Democratic Sen. Kyrsten Sinema of Arizona to help improve the efficiency of border screening and processing, and NBC News reports that lawmakers in both the House and Senate have had discussions about expanding visas for immigrants working in agriculture, construction and certain other crucial industries.