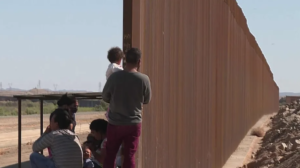 Some have called it a crisis at the border. Others call it an immigration issue.

Fact: Arizona has two separate border patrol sectors along the southern border – Tucson and Yuma. Both are seeing unprecedented levels of migrants crossing.

The United States Border Patrol has 20 sectors. Nine of them are on Arizona’s southwest border, including Yuma, which consists of 126 miles, and Chief Chris Clem is in charge.

“We are the second-smallest sector on the southwest border when it comes to personnel, so that makes any border security issue that much more challenging when you’re dealing with large numbers, but you have a limited amount of resources,” Clem said.

The number of migrants crossing the Yuma border has never been higher. On average, 800 to 850 people a day come across this sector alone.

The chief says immigration and border security are different issues.

The ports of entry along the border in Arizona are Douglas, Nogales, Lukeville, Naco, San Luis and Sasabe.

If migrants come through any of those ports, with the appropriate paperwork and identification seeking asylum here in the United States, that is by definition legal immigration. As soon as someone steps across the border in any other area, not through a port of entry, it is considered illegal immigration.

Clem says the latter falls in the category of border security.

“National security and border security. That is what our function is. It’s to interdict, apprehend, and process and basically turn over to anything that we catch that enters illegally between the ports of entry,” he said.