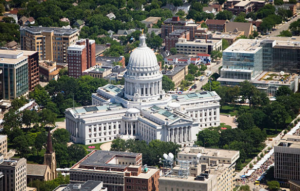 Twenty-one cities across Wisconsin are expecting protesters to show up in big numbers Saturday to rail against President Trump’s immigration policies, most notably the “zero tolerance” order that led to children being separated from their parents after being detained at the U.S.-Mexico border.

Hundreds of “Families Belong Together” rallies are set for Saturday in all 50 states and Washington, D.C., potentially drawing hundreds of thousands of people to protest the Trump administration’s policy on immigration that has sparked widespread debate after more than 2,000 children were separated from their parents.

Organizers in Green Bay and Appleton are expecting turnouts to reach beyond 200. Smaller cities such as Oshkosh and Stevens Point are projecting closer to 50 protesters. Some will include marches, some will have speakers.

Green Bay organizers say the rally at City Deck will include live music, speakers with personal and immigration stories, and even voter registration booths.

“We will have some speakers come in to talk about what’s going on, but really the most important thing is the voter registration,” Rissel Peguero, one of the Green Bay organizers, said.

“We are hoping the event is as big as possible and that it draws attention to the topic,” he said.

Appleton event organizer Sara MacDonald said Saturday’s rally in Houdini Plaza was pulled together quickly. That meant there wasn’t time to get certain city permits, so there will be no march or sound system.

“This is basically going to be a rapid response event,” MacDonald said.

Sheboygan, meanwhile, will see its protest on Sunday.

Organizers said the protests look to draw attention to the Trump policies but also prepare people for the next step.