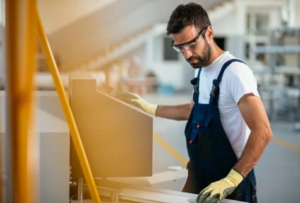 Americans want to admit more high-skilled legal immigrants like doctors and engineers, according to a new poll by the Manhattan Institute. The poll found that Americans want a system that, above all, admits people who won’t be dependent on government welfare and who want to assimilate into the American economy and society.

Americans show their understanding of an important problem in the current system. Though the border crisis and illegal immigration get more attention, the United States faces an invisible immigration tragedy in all the physicians, engineers, entrepreneurs, and innovators who never make it to the U.S. because of our outdated process for legal immigration.

These missing doctors, engineers, and entrepreneurs hold back American innovation. Meantime, China has been making rapid progress in the number of patent filings relative to the United States. Canada and the U.K. are now the preferred destinations for international students seeking to study abroad. And a shortage of doctors exists in areas of the U.S. that are home to 98 million people. These are all symptoms of a breakdown that, if left unaddressed, will cause the U.S. to lose ground relative to China and other countries in the innovation race.

Interestingly, the poll found that Americans who want overall reductions in legal immigration outnumber those who want fewer high- and low-skilled legal immigrants.